I was born in Hradec Králové in east Bohemia, and grew up in Trutnov, a town at the feet of the Giant Mountains, and already as a small boy I knew that there was a true home somewhere in this world. I had no idea how to get there but I knew this was what I was attracted to. Already as a child I had a strong interest in spirituality.

The rather dramatic childhood provoked psychic problems, which were intensifying in puberty. I needed guidance and started to attend an astrology school at age fourteen. It was my introduction into the world of energies and working with them. I was also interested in homeopathy and experimented with my own ceremonies.

Before starting my studies at the Medical Faculty of Charles University, Prague, I was taken down with a serious illness and my body was nearly fully paralysed for some time, which re-directed my life in a radical way. It took me several weeks to be able to make the first steps, several months to be able to dress myself, and six months to be able to smile. I lost seventeen kilograms and my physical body changed.

This borderline experience was a kind of initiation. It made a much deeper level of sensitivity available, in consequence of which functioning in the everyday world became very difficult for my psyche. I fell victim to alcohol and drugs, and was experiencing surges of strong fear, lack of value, desperation and lack of hope every day. It took thirteen years to integrate this experience to such an extent that my understanding got reflected even by my physical body, which got its strength back again.

I was naturally looking for relief. I left the studies at the Faculty of Sciences, Charles University, and travelled to south-east Asia.

In Asia I started practising yoga and spent five months on a deserted island in south Cambodia, where I co-owned and ran an eco-tourist Jungle Camp. In the wilderness of the jungle, memories of past incarnations connected with shamanism were activated. All was so familiar and natural. I saw and experienced first-hand the incredible inner power each of us has access to.

Not long afterwards I met my first master Garuda in the mountains of northern Thailand. Garuda spoke the language of the “home” that I knew about since my childhood and gave me answers to many of my questions. He introduced me to the practice of transformative breath techniques and showed me that emotions belonging to the so-called shade can be faced and one can release oneself from their grip.

I understood that there was a way out of my nightmare. The seed of liberation was sawn and I will always be grateful to Garuda for that. Returning to Europe in 2008, I came across the work of Michael Barnett, one of Osho’s disciples, and received the name Nammo from him – a name pointing to the unnameable core of beingness, which I like to call Essence.

This was however still a time when I kept avoiding the key topics in life, and so I set out for a long journey in Spain, Portugal and Morocco in the spring of 2009 again. Having spent several months in a commune in Spain and having cycled from the south of Spain to the Central Atlas in Morocco, I ended up totally exhausted in western Sahara. The two years I spent travelling enabled me to see and understand a lot and gave me many opportunities to test myself. However time came to turn my attention deeper inside and face the deeper levels of my fear.

Within several days I was back in the Czech Republic and what followed sounds like a story from a book because three days after my return, I took my first ceremony with Ayahuasca, the queen of the jungle, which propelled me to the shamanic path to focus on shadow work. In 2012 I was recognizably freer, started to offer healing sessions with very good results, and I was offering evening seminars on various topics for the next three years.

I went through a number of shamanic ceremonies at that time and my view of what this is about gradually changed. My current perspective is that seeking abnormal states of consciousness has its benefits and also risks of its own. Maturing, rather than by reaching heights and returning back, I was drawn by gradually integrating all insights into everyday life and strengthening unceasing awareness of what is constant and unchanging.

The process of my inner transformation grew stronger in spring 2014 and I intuited that what I was bringing to people needed to get cleansed of games, immature ways and dark streams of energy. I ceased offering therapies and seminars. It was a difficult point of my journey, which required a great deal of self-reflection and honesty.

I was tied up by ideas about my spiritual maturity, which prevented me from seeing deeper levels of fear and self-negation. These were the very things that needed to be seen, so that a shift could come.

Life sent me help, making me meet American spiritual teacher Kosi, who works within the tradition of the direct advaita vedanta path (Ramana Maharishi teachings). I took the position of her main organizer, travelling with her and co-organizing her workshops in California, USA; Croatia, Ireland; UK; Switzerland; and Czechia.

Working next to Kosi deepened my direct experience of the Essence and enabled me to see the strategies of the human ego more clearly. We spent hours and hours talking about this every day. Kosi also introduced me to the Enneagram of personality from the perspective of self-realization, which she had studied herself.

After one year of this life I realized it was time to move on. My whole being felt that my path was integrating spirituality with ordinary human life. I knew that spiritual truths needed to be lived in day-to-day reality and I anticipated a sea change.

Within several weeks I met Kushi and even before meeting her in flesh, I knew I was about to meet the partner of my life. The encounter was like a hurricane. It thrust me into an intense healing catharsis, letting me to know levels of Love I had not known until then, and brought an incredible cleansing.

At the beginning of 2016, I returned to the role of a guide and spiritual teacher. Later the same year our beloved daughter was born. Parenthood made us both stand firmer on the ground and made us stronger.

In 2017 we wrote the eBook The Light of a Conscious Relationship and bought a historical house in the outer village Bouzov where we started building a transformational meditation centre.

In 2018 Kushi and I received initiation into the Sacha lineage, entering thus the sangha of our friend and master Naropa.

Now in 2022 Amrita centre is almost finished and our son Aurelius was born here in the beginning of May. The journey continues... 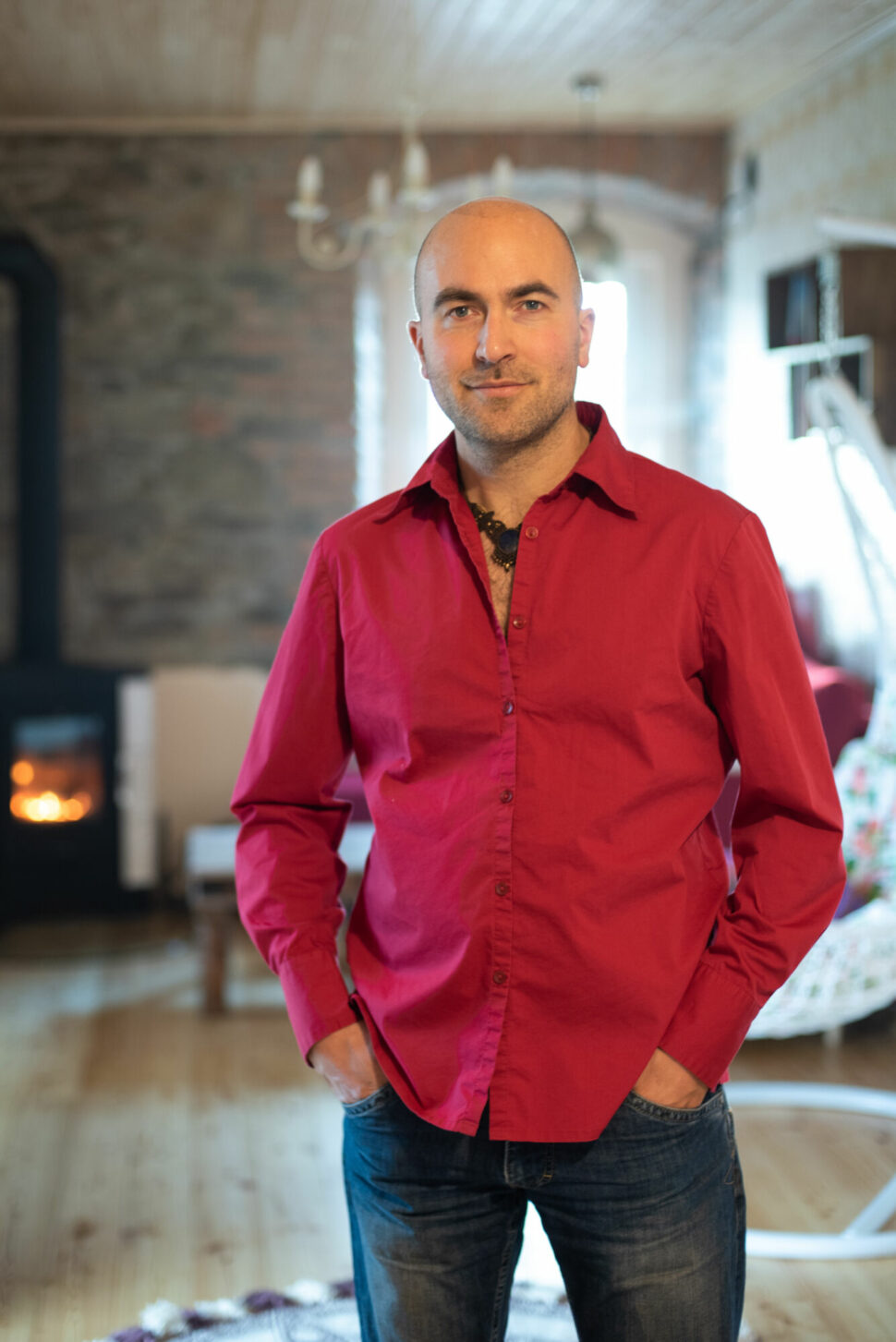